Firkin is a new bespoke whiskey bar opened recently by the same owners of Racha Room, Stoker, Relish & Sons, etc – other successful establishments in HCM City. A must try for any whiskey lovers as there are nearly 10 pages in the menu dedicated to whiskey only. The bar is on the second floor of an old building on Mac Thi Buoi St., with a simple sign “f” outside – you probably won’t notice it when passing by unless you know where to look. 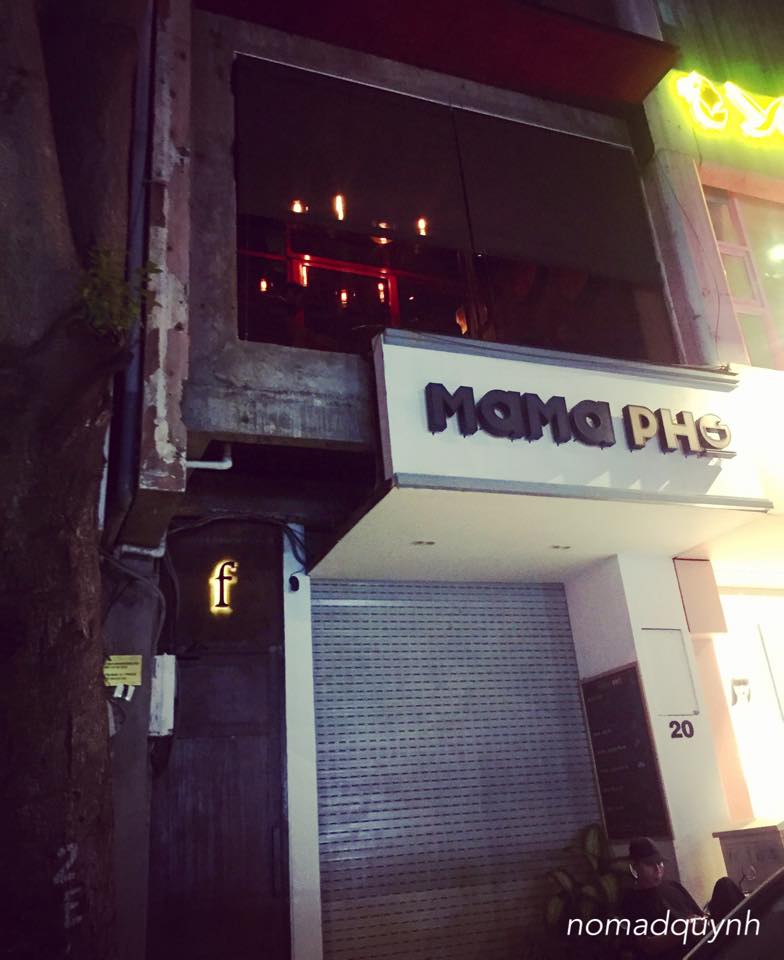 The entrance to Firkin (upper floor) with only an “f” sign

Whiskey is their specialty, therefore in the menu there are over 10 pages dedicated to whiskey only. As I’m not really a fan of strong ones, I opted for an Whiskey Sour with apple flavor. 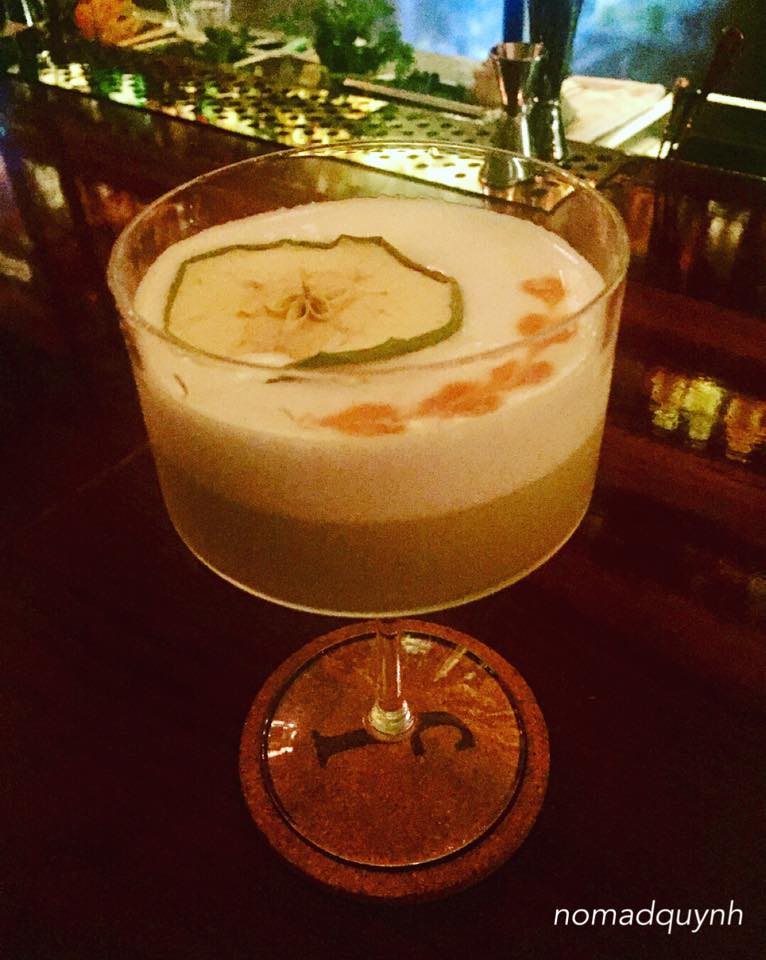 The signature cocktail menu consists of 5 types, among which I’ve tried 3 and absolutely love the Formula 20. A little bit sweet (from maple syrup), a little bit sour (from lemon), a little bit spicy (from ginger), a little bit of smokiness from whiskey plus an interesting touch from a piece of ham – together they created a perfect blend 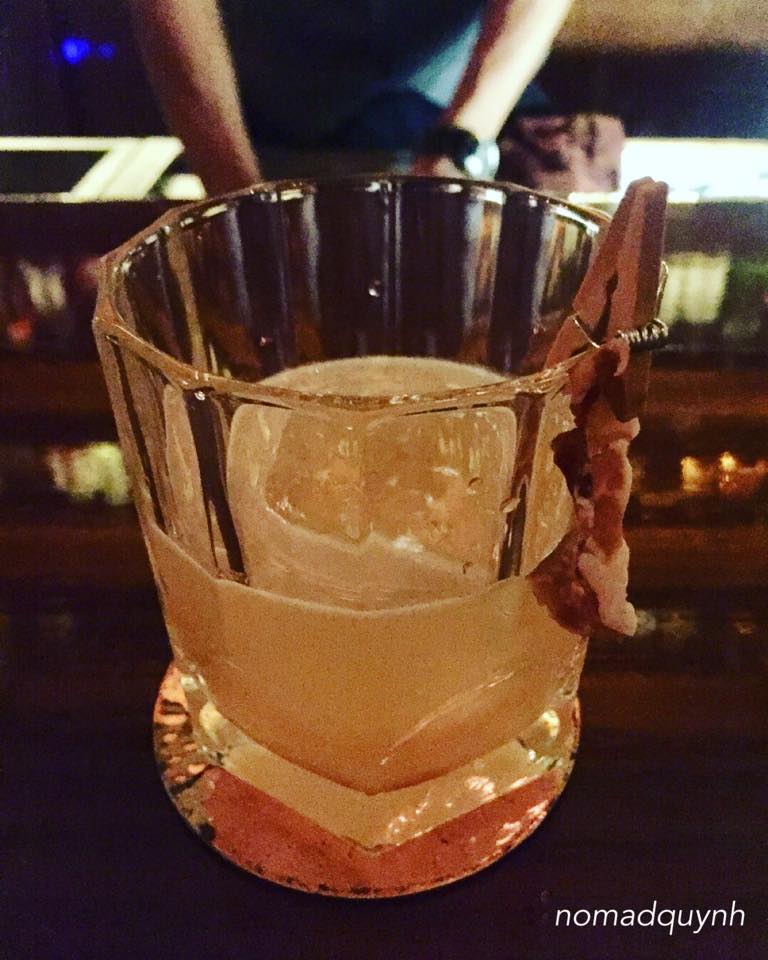 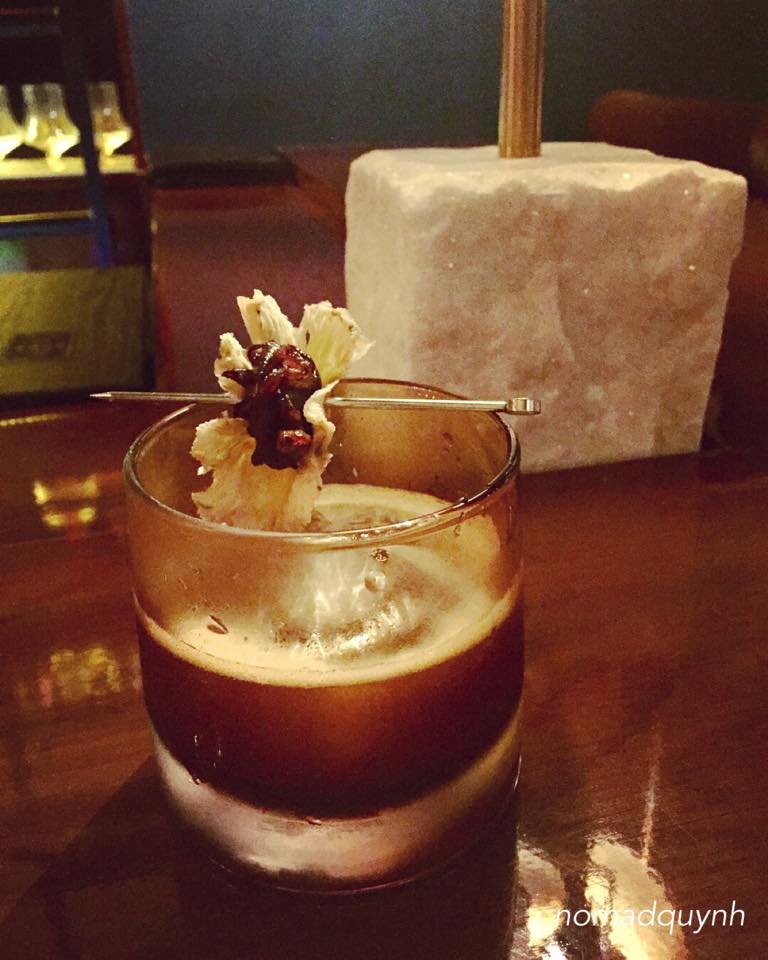 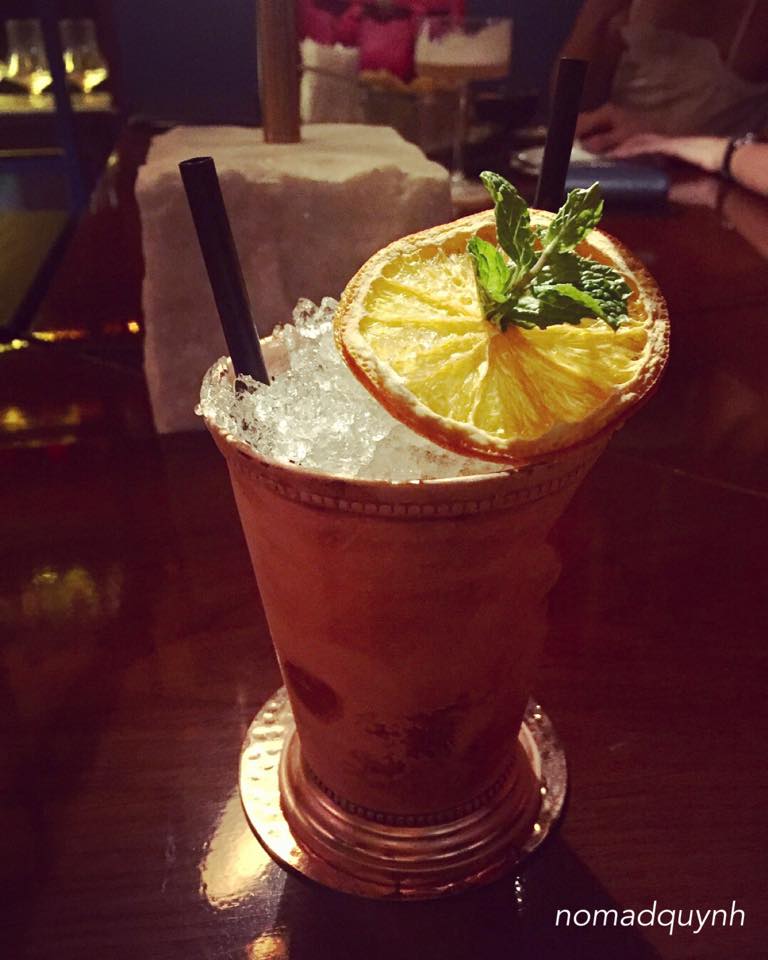 There are also some great finger food if you’re feeling a bit hungry: 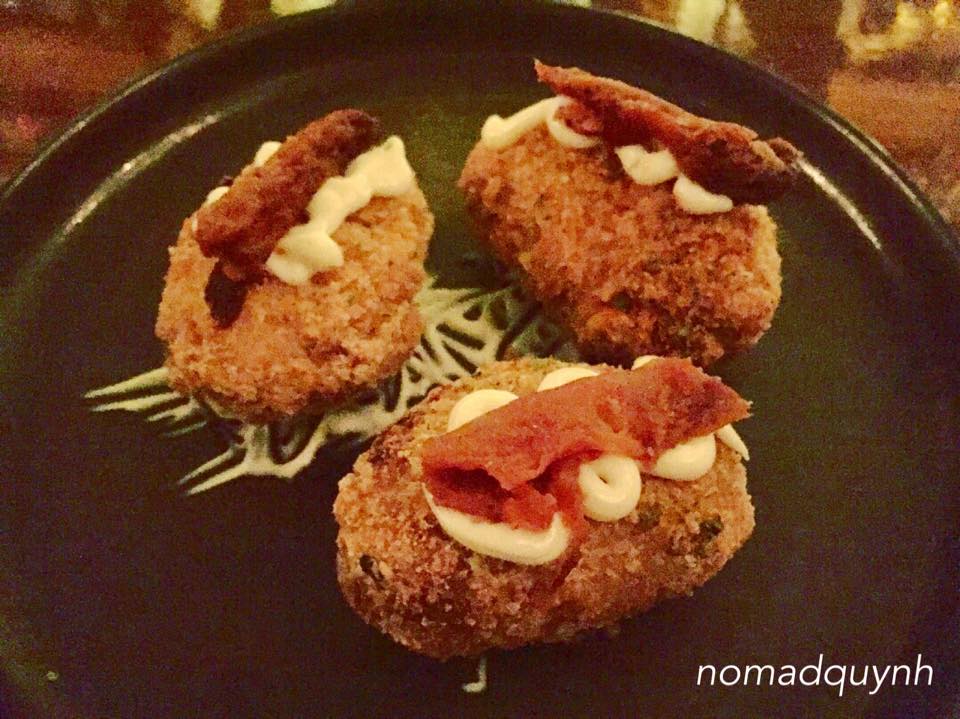 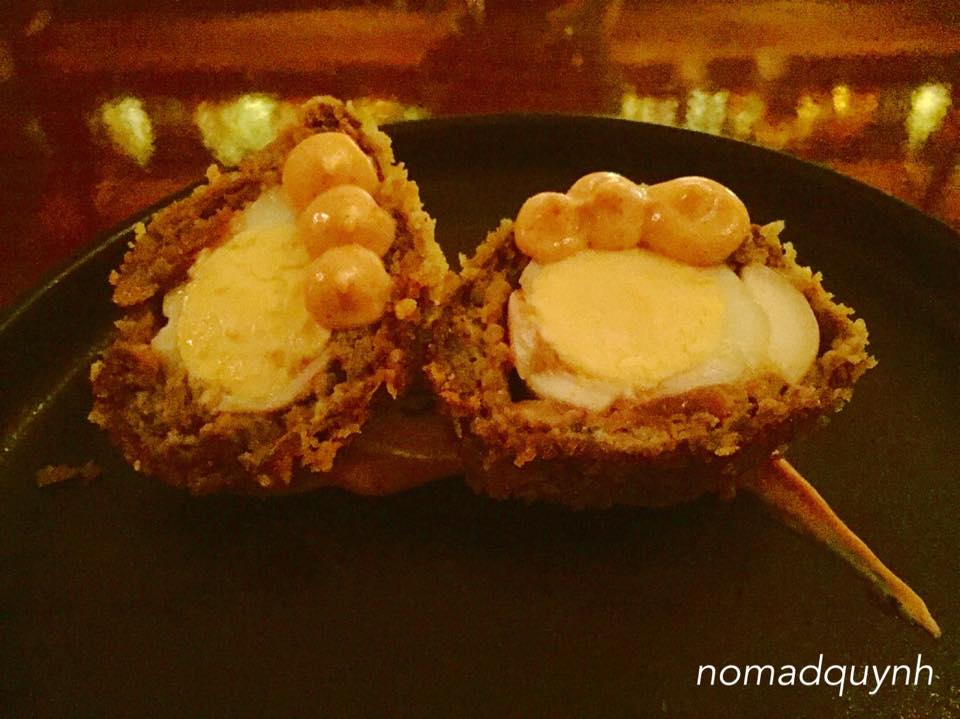 You can choose to sit at the bar where you can watch the bartenders, at the sofa if you come in a big group, or outside at the balcony where you can smoke. The interior decor kind of reminds me of a Kingsman movie. 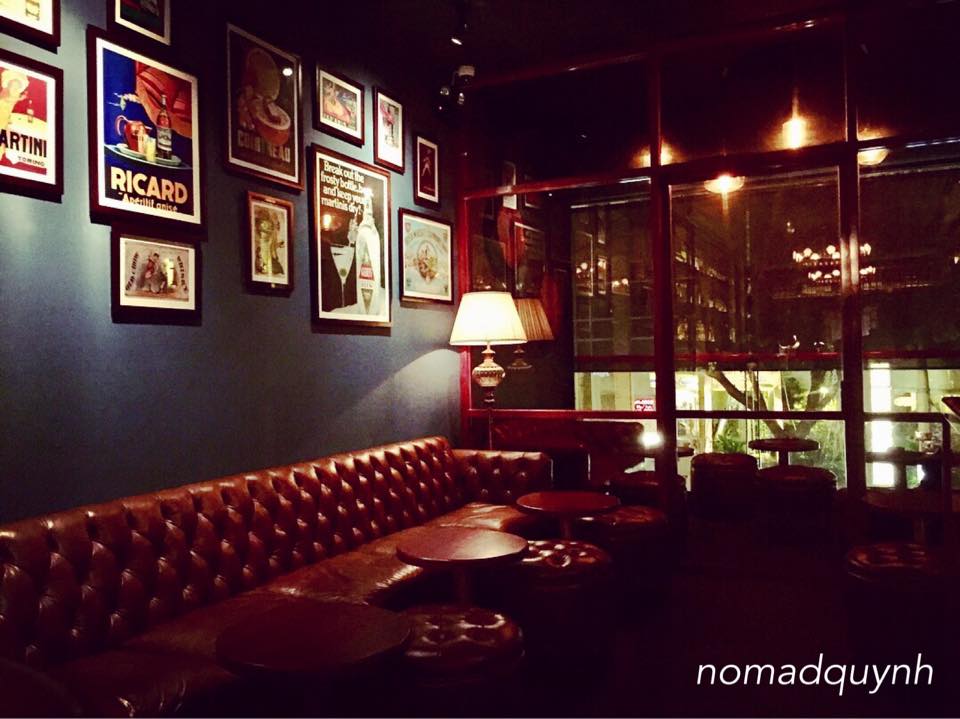 The price is considered quite high in general by local standard, but there’s a 30% discount if you come during happy hour (5-8pm everyday, applied for parts of the menu eg. signature cocktails, whiskey sour, bartender’s choice…). Not bad if you feel like having some special whiskey-based cocktails in a nice setting 🙂

Skewers – nice Mediterranean restaurant in the heart of HCMC